A Family with Bipolar Disorder Teaches the World

A family of five all received SPECT brain scans & had same findings despite big differences in age/gender – SPECT may be important biomarker for this disease.

The treatment of bipolar disorder could be revolutionized if these potential bio-markers of asymmetrical thalamus and diffusely increased cortical perfusion, or “hotspots”, hold up in future studies”

DENVER, COLORADO, USA, May 12, 2022 /EINPresswire.com/ — Toronto-based physician Mary McLean, M.B., Ch.B, F.R.C.P., Vancouver-based nuclear medicine physician, Phil Cohen, M.D., F.R.C.P.C., Chicago-based nuclear medicine physician Dan G. Pavel, M.D., and Denver-based psychiatrist Theodore Henderson, M.D., Ph.D, published a seminal paper on bipolar disorder. They studied a Canadian family of five, each of whom had been diagnosed with bipolar disorder. Each member had at least one perfusion SPECT brain scan, which demonstrates how the brain is functioning. Surprisingly, despite differences in age and gender, the parents and three children had very similar SPECT brain scan findings. The group found that all members of this family showed increased and asymmetrical activity in the thalamus. They also found that the cortex was considerably overactive compared to scans of psychiatrically-normal patients. These findings point towards possible “biomarkers” or consistent SPECT brain scan findings that could help to recognize bipolar disorder earlier before the patient has experienced the financial, social, academic, and professional losses that so often accompany this disorder. Dr. Henderson said, “This family is a rare clinical pearl. We were able to eliminate many social, socioeconomic, and developmental variables because all five subjects were part of the same nuclear family.”

Dr. McLean, the primary clinician and first author of the article entitled, Increased Asymmetric Perfusion of the Cerebral Cortices and Thalamus Indicates Individuals at Risk for Bipolar Disorder: A Family Cohort SPECT Neuroimaging Study, stated, “The treatment of bipolar disorder could be revolutionized if these potential bio-markers of asymmetrical thalamus and diffusely increased cortical perfusion, or “hotspots”, meet their promise in future studies.” She added, “Bipolar disorder is a frequent and severe mental disorder occurring early in adult life. Up to 70% of those with bipolar disorder go undiagnosed and there is often a 5-8 year delay in the correct diagnosis. Lack of early diagnosis results in the use of inappropriate medications, loss of career, suicide, family hardships and financial distress. Our SPECT Scan findings provide visual markers of brain functioning, which will assist in the early diagnosis and treatment of this disabling disorder, preventing these tragedies.”

Dr. Henderson, president of Neuro-Luminance Inc., summarized the provocative paper this way, “Given the major advances in SPECT functional neuroimaging for both neurological and psychiatric conditions, the positions assumed by Neurology and Psychiatry are no longer tenable”.

The next big thing in summer skin care 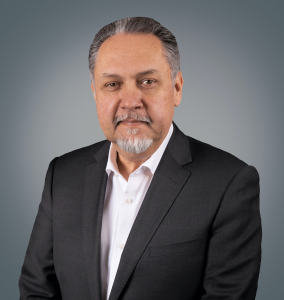